Built from the foundations up, for the glory of the Creator, to display the evidence of his handiwork and refute the lie of evolution.

Help us make an impact

We now have a convenient online donation to help keep the museum going. Sorry, we cannot issue tax deductible receipts at this time.

Fossils and the Flood display

Plan on making a visit to Big Valley, and plan on stopping in to see our museum!  Admission fees are $5 per adult, $3 for children under 12 and seniors, and families get in for $15.

“I just called to tell you that my two teenage granddaughters talked about nothing but the museum after we visited there yesterday.  It’s great to see a place that teenagers can appreciate.”

A look inside the Museum 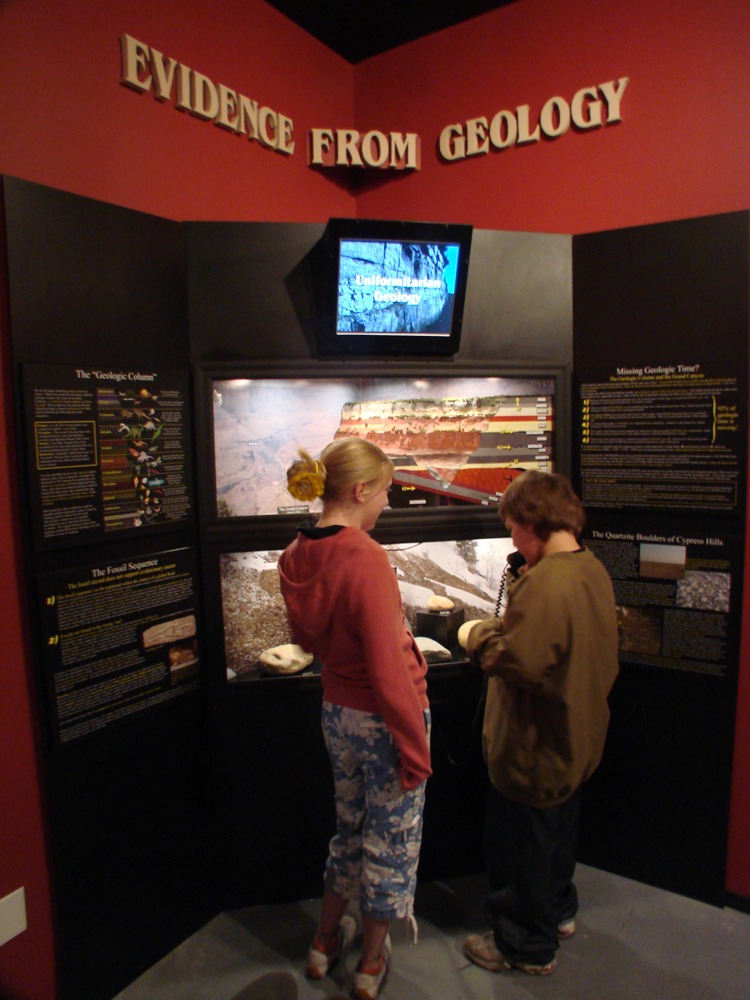 The completed “Evidence From Geology” display.  In this display we deal with the geological column, the fossil sequence and profound evidence for a past, global flood such as the Quartzite boulders of the Cypress Hills in Alberta and Saskatchewan. 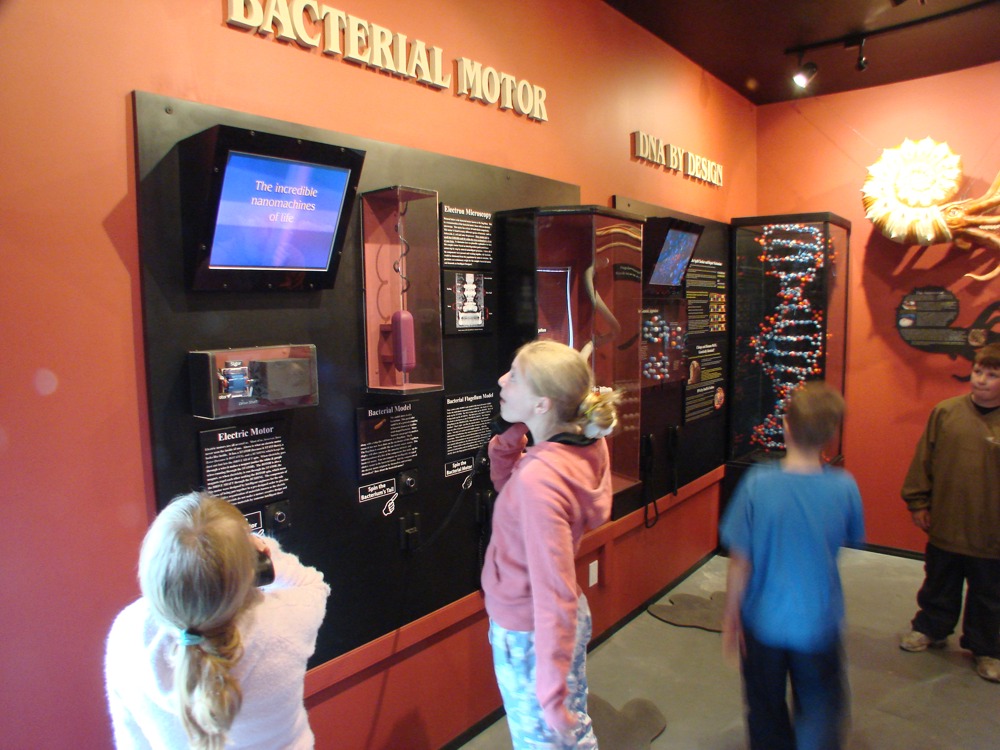 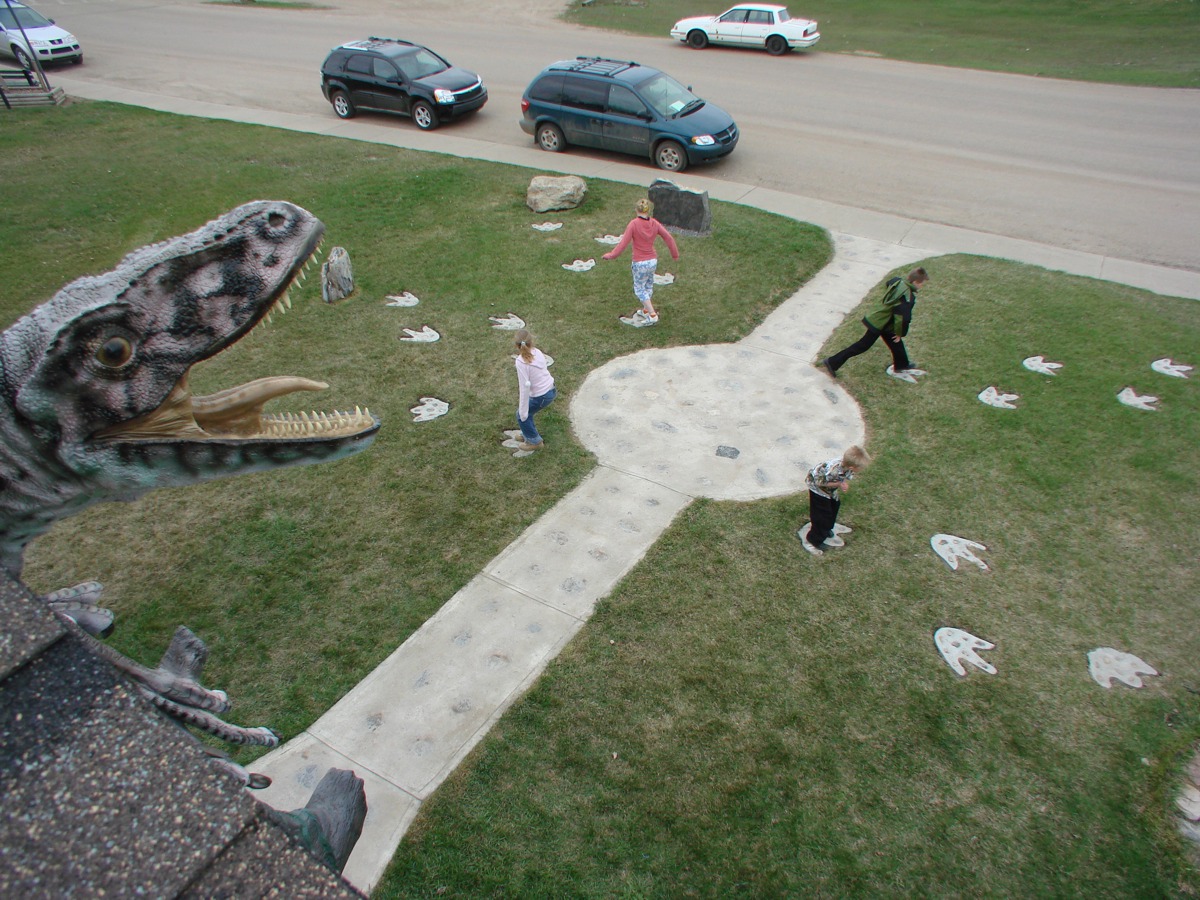 Children walk on our dinosaur trails outside, following them to the fossils on display out there.on. 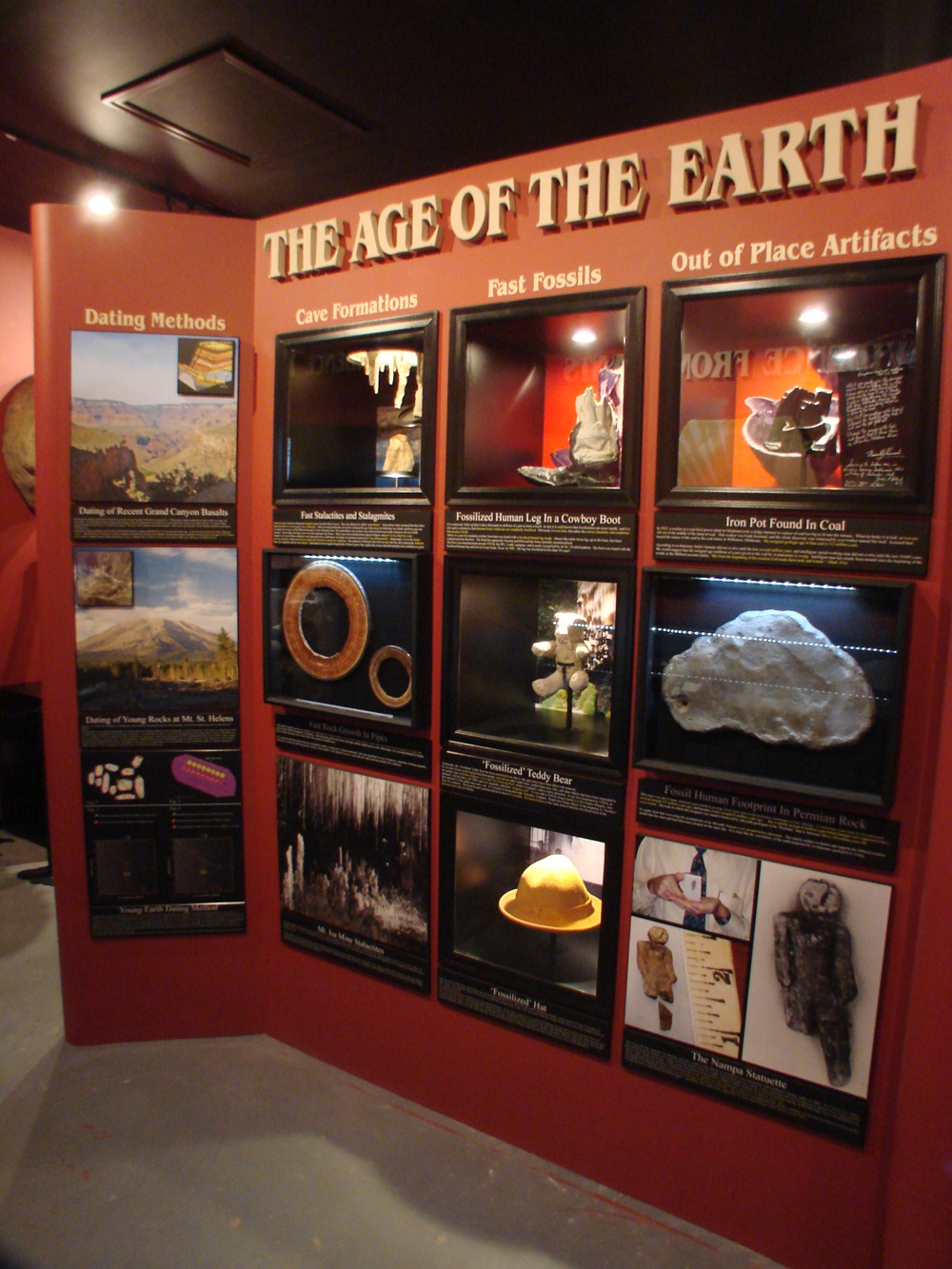 Age of the Earth

The “Age of the Earth” display is finished.  This beautiful display packs a pile of leading-edge information regarding dating methods, fast fossils, rapid cave formations and Out of Place Artifacts. 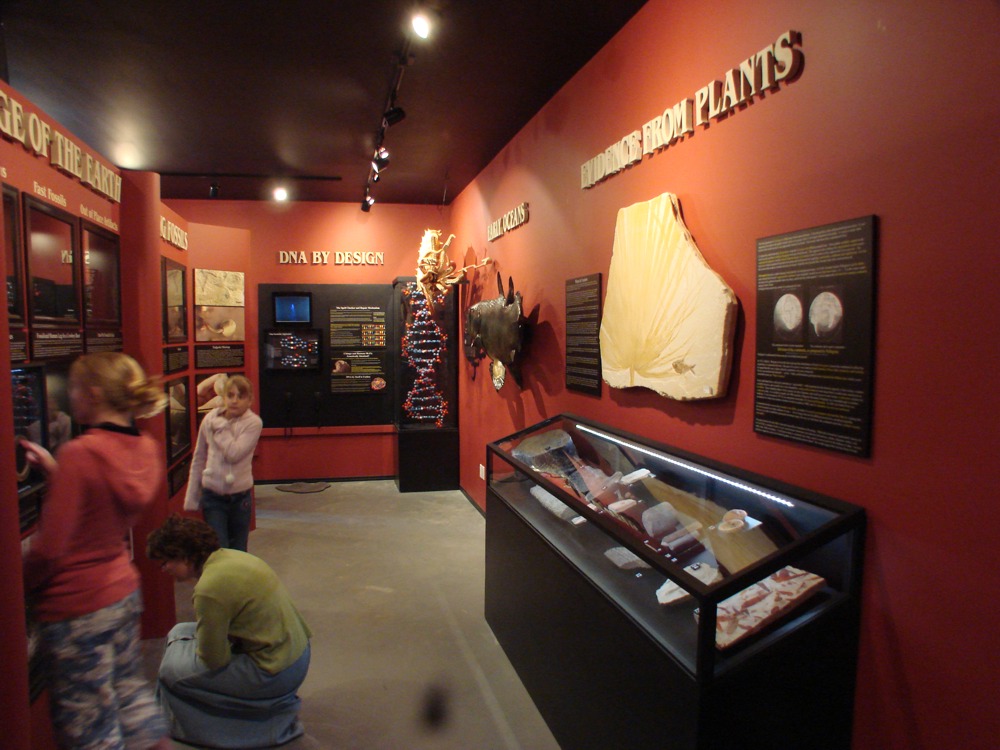 A look down one of the wrap-around hallways showing the “Evidence From Plants”, the Coelacanth, Ammonite, Age of the Earth, Living Fossils and the DNA display.

Fossils and the Flood

The fantastic “Fossils and the Flood” display contains only genuine, museum quality fossils and a giant model of Noah’s ark. Come find out why these fossils present profound evidence for the flood of Noah. 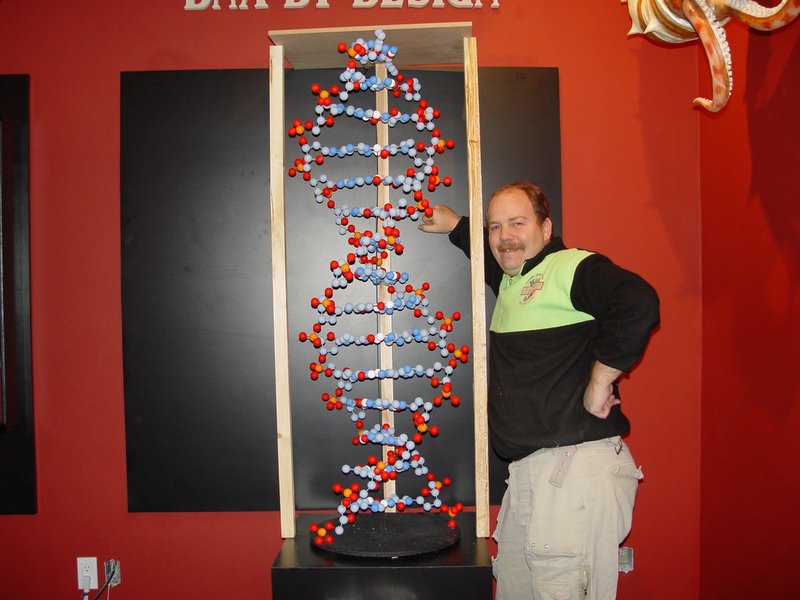 Ian Juby is the owner of Canada’s first creation museum, the traveling “Creation Science Museum of Canada.”  He is a consultant for creation museums and builds museum models which are now on display in seven different museums throughout North America.  Click here to watch a time-lapse video (500 kilobytes) of the construction of this giant DNA model, the largest he’s built to date.. 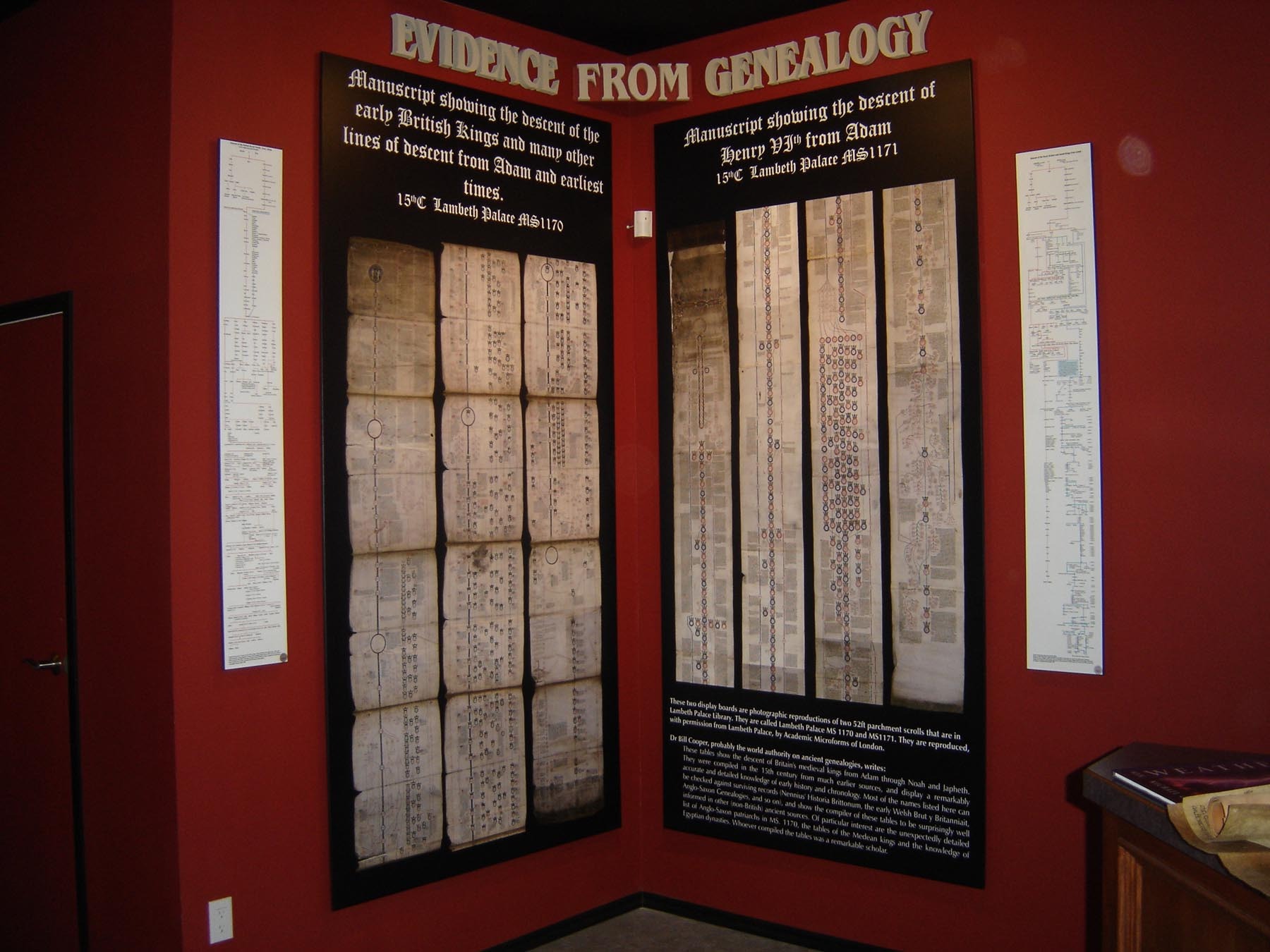 The “Evidence From Genealogy” display, donated by Edgar Nurnberg, is one of the more favourite displays of our visitors.  These scrolls from the Lambeth Palace in England trace the genealogy of King Henry the 6th back to Adam and Eve.

Our “Terrible Lizards” display.  Dinosaurs were one of God’s greatest creations (Job, chs. 40 & 41).

Vance Nelson, owner of Canada’s largest traveling creation museum and one of our hard working consultants, standing in front of the “living fossils” display at the first stage of construction.  Vance drafted the original display proposal for the entire museum.  He and Harry set about to aquire the fossils and displays we now have in the museum. 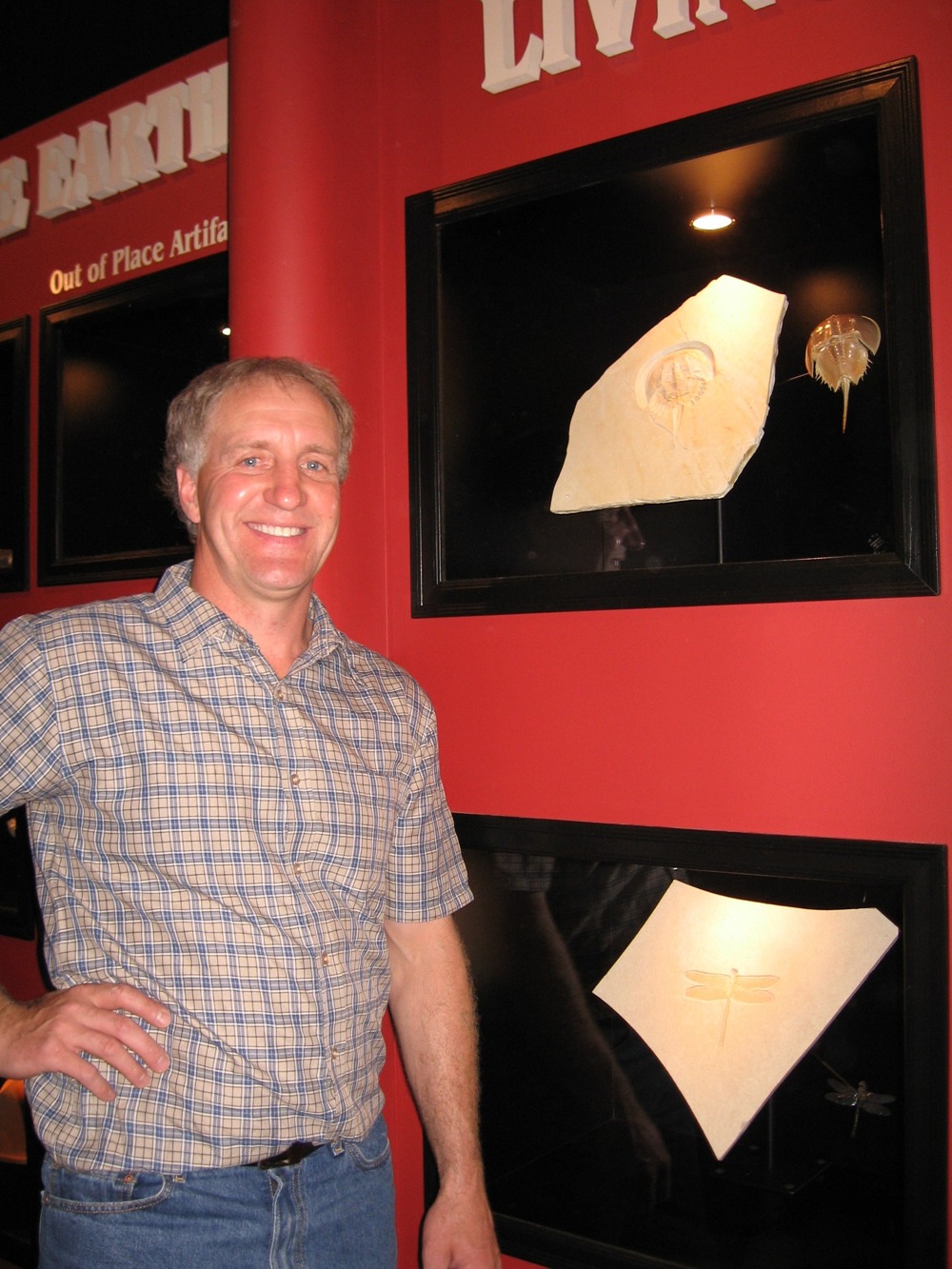 Harry Nibourg, the owner and builder of the museum, standing in front of the same display, now ready to roll and awaiting the interpretive plaques.  These are genuine fossils, not casts.  Harry has a strong interest in Creation Science and a drive to see this view shared with the public and taught alongside evolution in the science classroom.  Some 30,000 people per year get dropped off across the road from us by the Alberta Prairie Steam train excursions, and we are in close proximity to Drumheller.  This whole area is literally a world-class dinosaur site.

It would appear that we are seeing the fruit of our labours.  In 2008, our grand opening spurned two national surveys, one of those by Angus-Reid.  One year later, they repeated the poll to see the effect and change in opinion across the nation after Canada’s first Creation museum (BVCSM) opened its doors.  The results of that poll were surprising – click here to read about it.
We get a lot of hate mail and phone calls to the museum.  One of our consultants, Ian Juby, assembled a response to one anonymous angry caller – here’s the video: